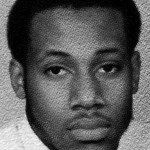 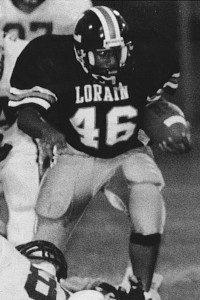 Graduating from Lorain High in 1995, Church rushed for a total of 2, 489 yards on 406 carries, averaging 6.1 yards per carry and also scoring 32 touchdowns in his high school career.

Starting at tailback as a junior and senior, he was named to the First Team Erie Shore Conference and First Team All-Lorain County both years.

Church received a scholarship to Ashland University where he earned four varsity letters. He was a three-year football starter and was the team’s featured running back.

Nicknamed “The High Roller,” Church set Ashland records with a career total of 35 touchdowns and 3,039 yards rushing, ranking him 5th in rushing in school history. He ranked second for most yards in a game with 264 against Findlay.

Church is employed as a Senior Process Coach for Ford Motor Company. He and his wife, Monica, and family reside in Southfield, Michigan.