The Lorain Sports Hall of Fame

Honoring the best in athletic achievement

The Lorain Sports Hall of Fame was founded in December, 1969, to honor those Lorain residents whose names are synonymous with all that is the best in athletic achievement from the outstanding sports heritage in Lorain, the International City.

The long-awaited 2020/2021 LSHOF enshrinement banquet will be held on Saturday, Sept. 4, 2021, at German’s Villa in Vermilion. The banquet had been postponed because of the COVID pandemic requirements to limit social contact and avoid gathering. But now that vaccines will have been administered to the public by early summer and with gatherings being scheduled for after the Fourth of July, it’s finally time to get together and honor our new enshrinees.

Here’s the lineup of those being honored:

The Lorain Sports Hall of Fame is mourning the death of Ed Dohanos, 95, on March 12, 2021.
For generations, Ed Dohanos was a well-known and respected figure on the Lorain County sports scene, as an athlete, in coaching and officiating. He was a three-time enshrinee in the Lorain Sports Hall of Fame, as well as being a past president (2008) and current board member of the LSHOF.

For more on Ed Dohanos and for his obituary, click here. 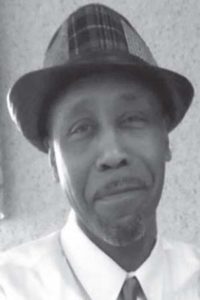 He was first enshrined in the LSHOF in 2017 as an All-Ohio member of the 1985-86 Admiral King High School team which reached the state finals.

In 2018, Gladden again was enshrined, individually, recognizing his continued success at Ashland University where he was an NCAA Division II All-American with an Ashland career record 2,102 points.

Gladden was a member of a great Lorain basketball family. His brothers Byron and Jamie were previously enshrined in the LSHOF. Funeral services for Lebron are to be in Indiana.