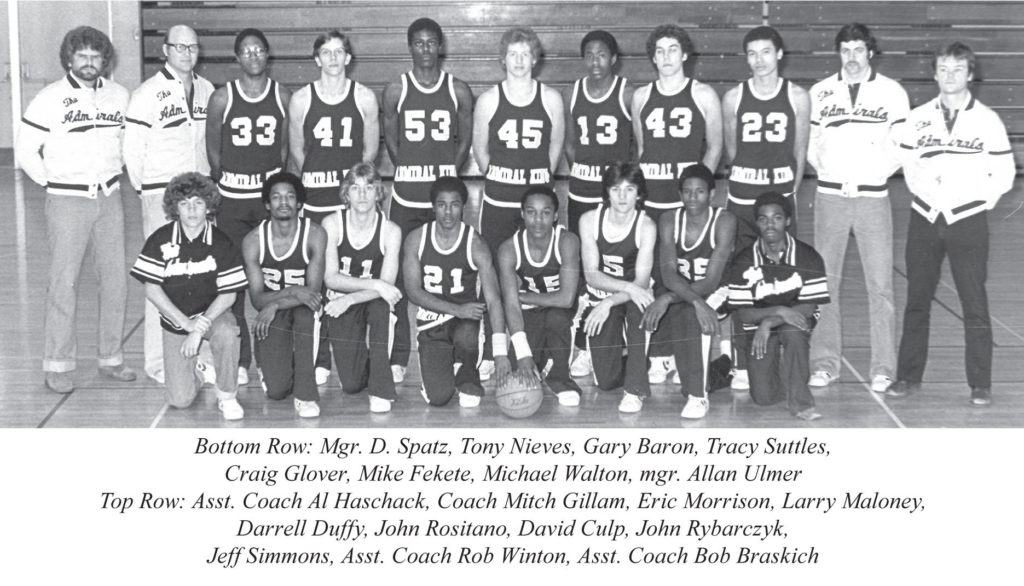 The city of Lorain’s long wait to have a city public school advance to the State Final Four in boys basketball was ended in 1980 when Admiral King became the first in 57 years to qualify for a trip to Columbus.

The Admirals made it all the way to the Ohio State Championship game after pulling out a thrilling 2- point win in overtime over a program that had won 3 state championships, Columbus Linden McKinley. The final was 53-51 thanks to a pair of crucial free throws in the closing seconds by Jeff Simmons before a crowd of 13,872. A basket by Eric Morrison culminated a King comeback from 7 points down with 4:10 left in regulation to send the game into overtime. In the state championship game, King trailed by only 2 points with 18 seconds remaining before undefeated Akron Central-Hower was able to hang on to a 52-48 victory.

The path to the State Finals was just as thrilling for the Admirals and their many fans. In the District Finals, the Admirals beat a much taller Brunswick team 55-53, after trailing by 8 at halftime. Gary Baron’s 18-footer with two seconds left in overtime won it. John Rybarczyk courageously took a charge foul on a Brunswick player driving for the potential game winning basket in the final seconds of regulation to force overtime.

At the Kent State Regional Tournament, King defeated Brecksville 66-51; then, eliminated powerful St. Ignatius, 62-60, to move on to Columbus.

LSHOF enshrinee, the late Eric Morrison, led the 23-4 Admirals with a double-double average of 16.3 points and 10.9 rebounds per game; and, was tops in field goal shooting at 51%. Second leading scorer Tony Nieves, with a 15.4 average, had the most steals with 73. Simmons was best in blocked shots with 17, and in assists with 92. Rybarczyk took the most charges at 13. Junior Tracy Suttles, who earned a starting role late in the season, was the best free-throw shooter at 73%. Larry Maloney and Gary Baron were prime time standouts with David Culp, John Rositano, Michael Walton, Darrell Duffy, Craig Glover and the late Mike Fekete, contributing to make the team a great one.

This team was the first of three, coached by LSHOF enshrinee Mitch Gillam, to advance to Columbus in the decade of the 1980’s. This 1980 squad was the only one to make it to the State Championship game.