Kyle Lathwell was an outstanding female athlete at Lorain High School playing tennis and softball, but
basketball was her sport as a player and team leader. She displayed exceptional talent as a sophomore and junior with the potential to be recognized as a premier player in Ohio. 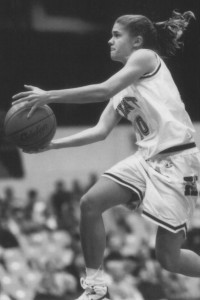 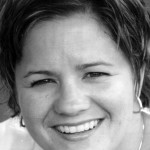 She was a four-year starter and earned four varsity letters in basketball.

As a senior, the 1991 team won the Erie Shore Conference Championship with a regular season record
of 20-0 and was ranked 5th in the State of Ohio. She averaged 22.6 points, 7 assists, and 6 steals per game and finished her career as the Lorain County All-Time Female Scorer (at that time) with 1,636 points.

Selected to the Ohio North-South All-Star Game Lathwell received a full athletic scholarship to play basketball at Division I Kent State University where she continued her outstanding play as a three-year starter. As a freshman she played in 24 games, as a sophomore she averaged 6.2 points per game as a guard and was ranked 15th nationwide in 3-point field goal percentage. Kyle averaged 8.2 points per game as a junior, however she broke her wrist in her senior year which resulted in limited playing time.

She currently resides in the Columbus, Ohio area.