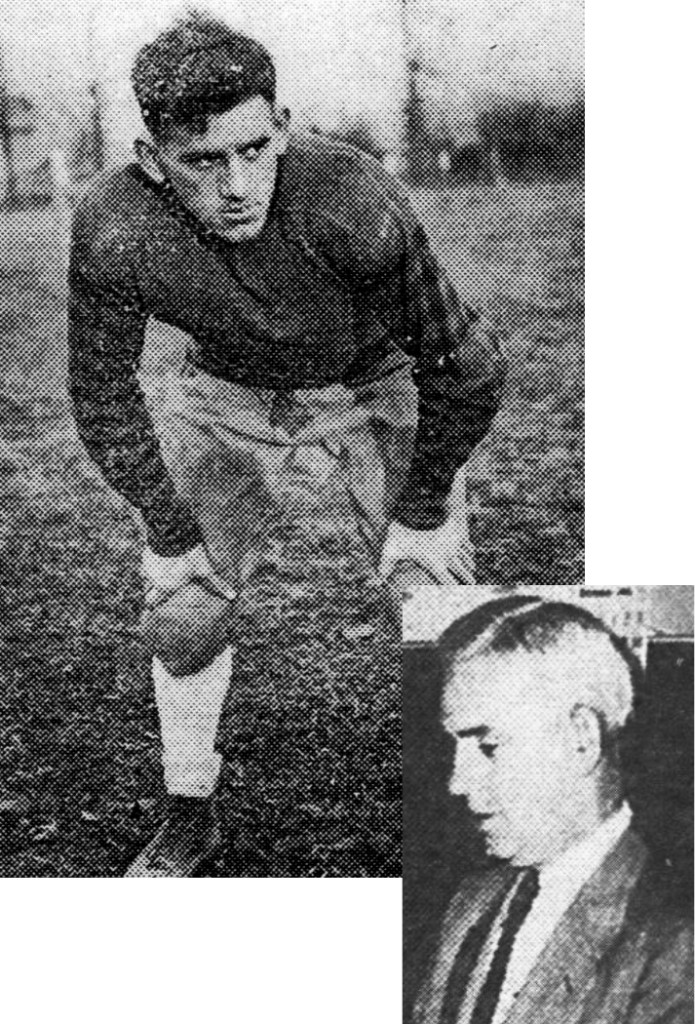 William “Pete” Smith made his mark in athletics, and on Lorain’s youth and community, in a variety of positive ways throughout his lifetime.

As a student at Lorain High School, 1921-1924, he contributed significantly to the football team as a featured single-wing fullback, and was named to the First Team All-Big Seven Conference in 1923.

In college at Baldwin-Wallace, he was an outstanding three-year back, 1926-1928, leading the Yellow Jackets to winning seasons. His performance gained him honorable mention on the All-Ohio Mythical Eleven Team in 1928.  He also played baseball for B-W, 1926-1928.  His accomplishments in baseball and football later earned him the honor of being inducted into the Baldwin-Wallace Athletic Hall of Fame in 1971.  In addition, he demonstrated his leadership in college, serving as class president his senior year.

Upon graduation, Mr. Smith returned to Lorain as a school teacher.  In addition, he served as an assistant coach on the football and basketball coaching staffs; and served as the Director of Intramural Athletics.  He also served the City of Lorain as the Recreation Director for community sports activities.

Continuing his athletic skills, he developed a reputation as an outstanding bowler.  It was relatively common for him to roll a 600 series.  He served as president of the Lorain USBC Bowling Association in 1944-45.

In the classroom, Mr. Smith was known for teaching with passion, personality and dedication.  His students were required to be able to recite his list of “Stepping Stones” as a guide to life.  One of those “Stepping Stones” was, “the purpose of education was to overcome ignorance with intelligence and fear with self-confidence.”

In sports, and in life, William “Pete” Smith was a winning role model for the thousands of students who were positively influenced by his outstanding teaching career.