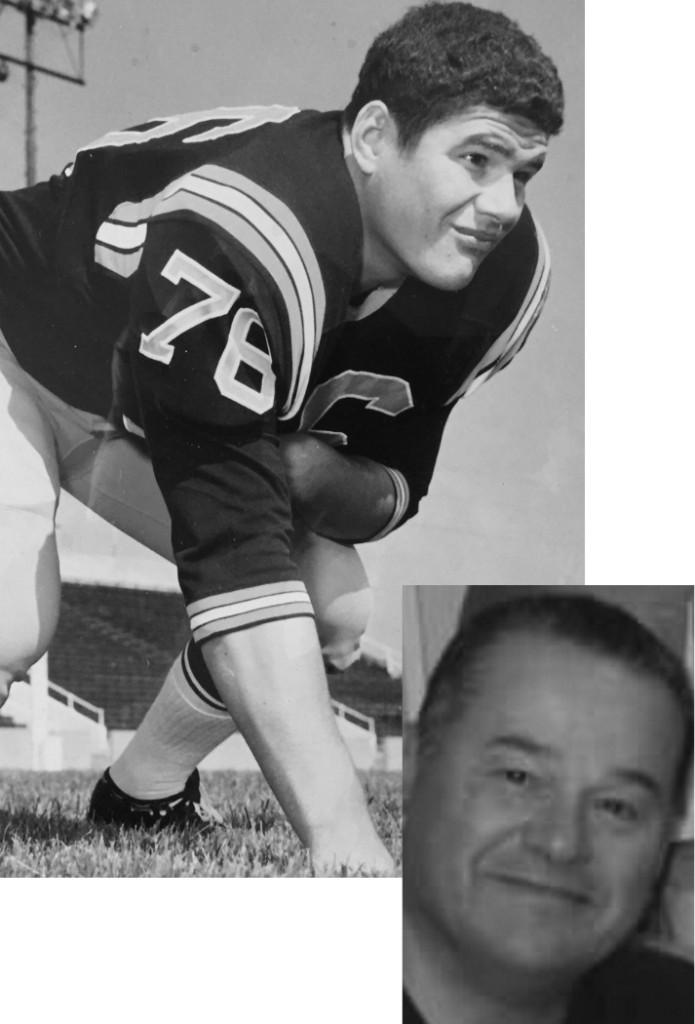 Tim Jenkins was an imposing force for the Lorain High Steelmen on the football field and the wrestling mat during the period from 1965-69.  His physical strength, cat-like quickness and friendly demeanor were his trademarks.  During his senior year, he was evaluated highly on game film for forcing negative yardage at his defensive line position for the year.

As a wrestler for the Steelmen, Tim competed in the heavyweight class weighing in at 220 pounds, often facing opponents who outweighed him by an average of 40 pounds.  The highlight of his high school career was wrestling for the OHSAA State Championship against an opponent who weighed 354 pounds; and, after a tough battle, Tim lost a 7-1 decision.

He received college offers from the University of Toledo, University of South Carolina and the University of Akron and accepted a full football scholarship from Akron.  He played three years of varsity football until an injury ended his career.  He continued his activity with the sport as he coached high school football for thirteen years.

Tim was inducted into the Ohio Officials and Coaches Hall of Fame in 2015 in recognition of his contributions to high school sports.

He is a partner in the Jenkins & Bevan Insurance Agency and resides in Lorain with his wife, Denise, and family.