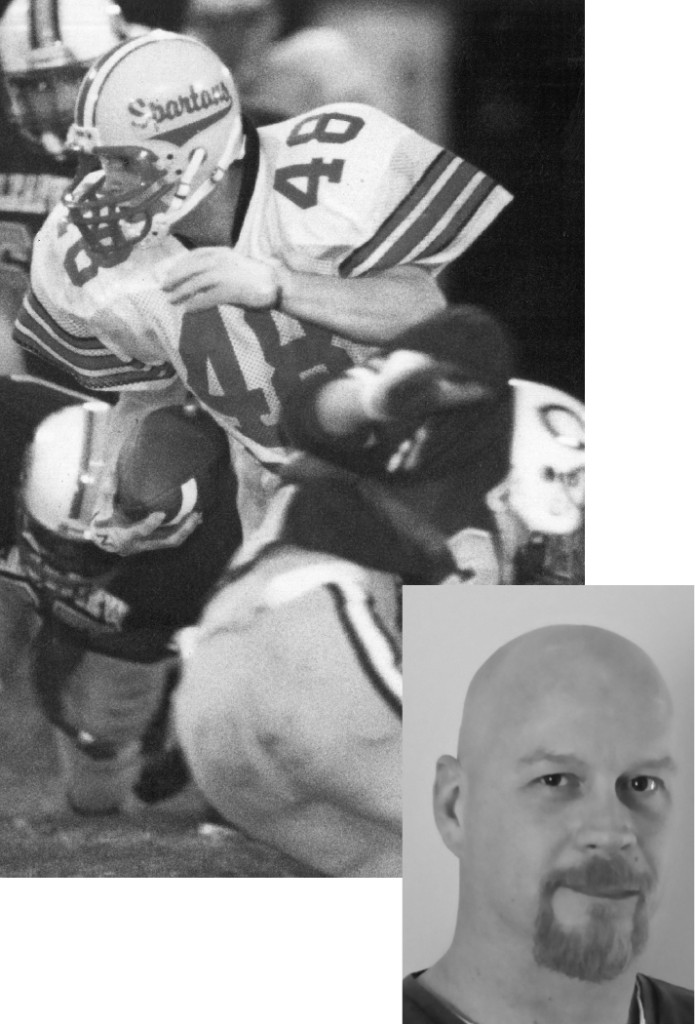 Jonathan Senters was a three-year starter in both football and baseball for the Lorain Catholic Spartans during his high school career.  He graduated from LC in 1994, as the school’s all-time career leader in rushing yards (3,149), rushing attempts (616), single-season leader in rushing attempts (279), and yards (1,475) and single-game rushing yards (327).

He received numerous honors including being named twice to the All-Lorain County and the Northeast Ohio District First Teams and was Division IV All-Ohio Special Mention.  As a senior, he was named Lorain County Offensive Back of the Year for Divisions 3, 4 & 5; and, was selected to the Division III All-Ohio First-Team.

Jonathan’s accomplishments on the baseball diamond were equally impressive.  His honors included being named three times to the All-Lorain County First Team and All-Ohio Division IV Special Mention selection.  As a senior he was also named to the All-Northeast Ohio First Team and was Division III All-Ohio First-Team.

Senters is among the top 10 in the history of the school baseball program in numerous categories.  His career batting average of .455 with 60 or more at-bats is a school record.

Jonathan’s outstanding play in summer travel team baseball resulted in his receiving a scholarship from Carson-Newman College.  As a freshman he was a team leader in batting average, home runs and stolen bases.  During his senior year, the team was the NCAA Division II Regional Champ and advanced to the Division II World Series, being eliminated after two losses.