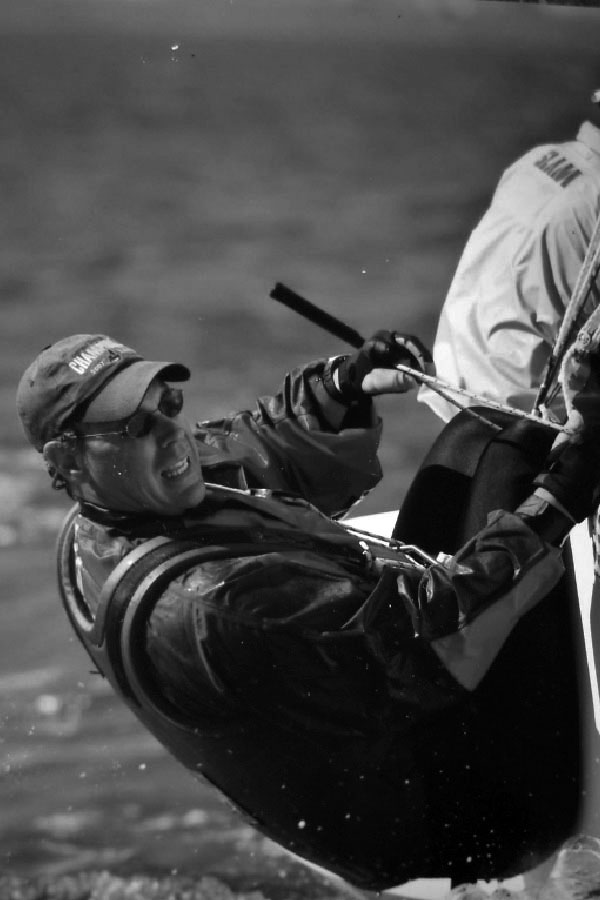 Sailing is a great sport. It demands attention, creates challenges, and demands physical and mental abilities that more than
earn competitive sailors the label “athlete”. Brad began sailing as a young toddler on his parents 18 ft. sailboat. Racing was also
introduced early on as he competed in a single-handed Force 5 sailboat. Little did he know it was the start of a 50+ year passion.
His father bought him his own sailboat when he was 14 years old. Then, he spent a lot of time coaching and chauffeuring him to many regattas around the country helping to improve the skills needed to become a top notch sailor.
Within a couple years, there were more than 30 of these boats racing at the Lorain Sailing Club on Lake Erie. Those racing boats were all “one design”, which means every boat must comply with strict measurements to maintain parity between boats; therefore, it is the sailing crew that determines who wins the race. He became very good at what he learned; finishing 2nd at the World Championships.
Brad also started sailing and crewing on other boats to increase his knowledge.

Every moment on the water is different, and being able to react and deal with any situation that comes up is a challenge that many sailors relish. In Brad’s own words, “Racing a sailboat can be a very physical sport. When it is windy, you have to use all of your muscles to work the boat around the race course. When the air gets light, it becomes a time of very little body movement where patience is a priority. Movement in the boat in light air pitches the boat which slows the boat down. Whether it’s windy or light, concentration is always at 100%. You cannot think about anything other than strategy and making the boat go faster than your competitors.”

Because of his love for the physical activity and his ability at the mental part, the passion in him blossomed year after year. 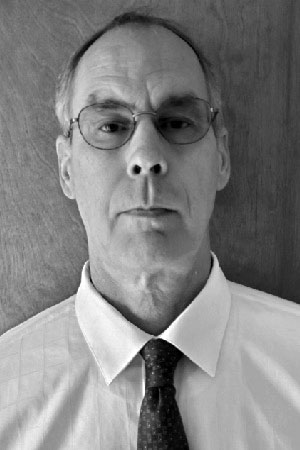 Most serious athletes in this sport religiously work on the physical part of the sport. They’ll work on their strength, fitness, and  quickness. You can’t become successful without “paying your physical dues”. Hard work is definitely one of the main keys to their success.

Opportunities were coming fast from many directions. Brad started sailing on and eventually owned a Star Boat; a
boat that was active in the Olympics. He was sailing with and against top sailors from around the world. He traveled from Florida
to California to Alabama and up and down the East Coast. Sailing was now his year-round sport. He spent most winters sailing
in Miami, even sailing in the Pre-Olympic races for the Star Class. In 2008, Brad was named US Sailing’s “Sailor of the Week”.
He was asked to race in the famous Chicago to Mackinaw Race. He had created a strong reputation and great camaraderie that has
lasted to this day. Brad raced in multiple World, National, Regional and Local Regattas. He even owned and raced ice sailboats
in order to sail all year long. He sailed in the US Sailing Champion of Champions where only an elite few are allowed to enter.

Eventually Brad backed down from his busy schedule. In 2003, he helped build his own 18 ft. Interlake in Toledo, Ohio, the same class where this all started. He sails more locally now. The passion still burns within him, but he doesn’t sail the heavy schedule from years back. Besides sailing his own boat, he was instrumental in helping develop new sails, and he has also given
back to the sport by teaching children how to sail.

He says, “I have been truly blessed and honored to spend a 50-year lifetime on the water racing sailboats, and if you’ve ever sailed a boat but never raced, give it a try. It is a fantastic sport!”