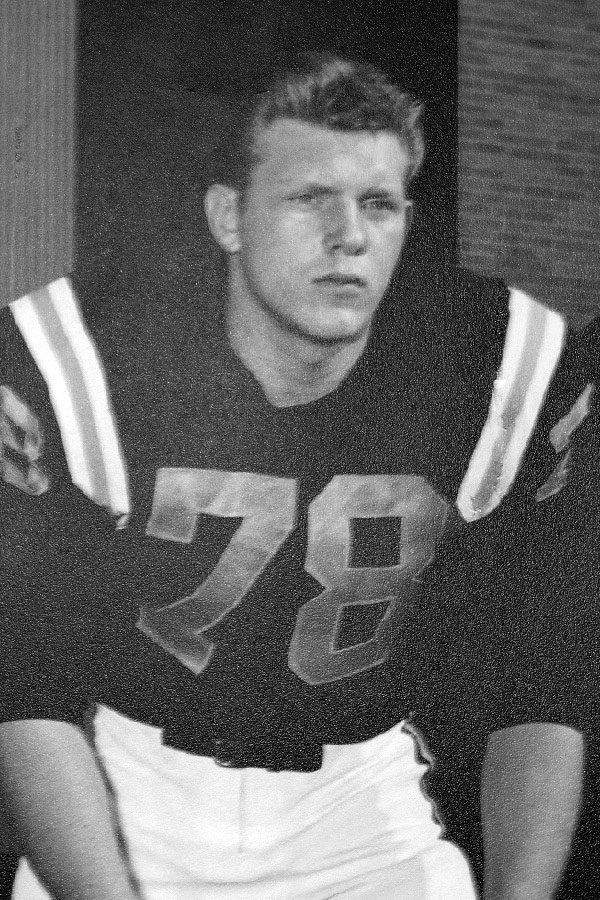 Chris Gregg grew up on the tough side of town. He began his athletic career in South Lorain. First as a youth playing grade school football for St John’s, then he did the same for the Warriors at Whittier Junior High School. The “new” school in town, Admiral King, was Chris’s next move. Because of his size and strength, he was outstanding on the track team specializing in the field events in which he garnered many first-place finishes throwing the discus and shot put. But football is where he excelled.
Chris played both ways at tackle for the Admirals’ football team. Head coach, Tony Misko stated, “He is big as a bull, strong as a bull and can play for any college team in the country.” He was a three-year varsity starter from 1961 thru 1963. A lot of credit for his strength and stamina goes to LSHOF inductee and strength coach, Frank Graziano. Chris would jog from South 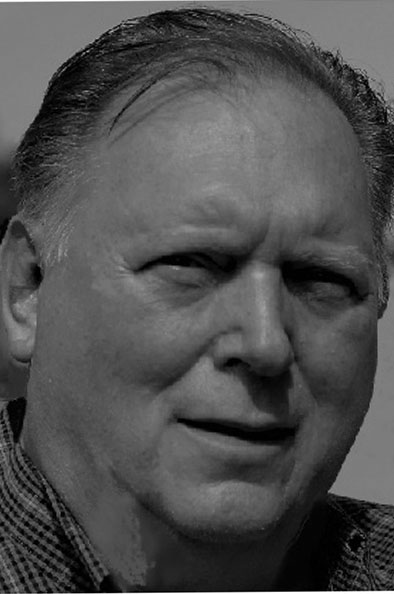 Lorain to Frank’s weight-lifting garage for his workout and then jog back home … over a 10-mile round trip.

Chris is no stranger to the Hall-of-Fame; he was inducted as a member of the great, state ranked, ’62 Admiral King Football team. He was a starting left offensive tackle as a junior on that team. The next year as a senior is when Chris really made his presence known. He served as tri-captain, and as an offensive and defensive tackle he rarely left the field of play. For his play in 1963 Chris received the following awards and recognitions:
• The only 2-way player on the All-Buckeye Conference 1st team
• 1st team defensive tackle All-Ohio; by AP and UPI
• Honorable mention High School All-American by Coach & Athlete Magazine
• All Dream Team selection; by The Cleveland Press Newspaper
• All Star Team selection; by Toledo Blade Newspaper
• All Star selection; by Dave Bones publication of West Texas State
• MVP selection; by Lorain AMVETS Post 47

After a stellar senior year performance at Admiral King, Chris was heavily recruited by many Division 1 colleges to continue his education and gridiron career. But, he opted to stay at home due to family obligations and multiple knee injuries. Chris joined the workforce where he took a position at USS Lorain Works. This decision allowed him to further his football passion and his sports career by getting into the coaching ranks. He started at the CYO level at St. Peter for a few years before being enticed by Lorain Catholic High School coach, Rocky Hammond, to coach the offensive and defensive line at the freshmen level. Because of his success, he was eventually asked by then LCHS head coach, Dave Snell, to coach the varsity team in the same role and also to become the squad’s defensive coordinator. Chris spent a lot of time developing his defensive system; he participated in several major college coaching seminars, and then he put the system into actual use on LC’s gridiron. “We were NEVER in the wrong position, and our defense was one of the top defenses in Lorain Catholic history.”

Chris is a Wildlife artist and also paints replicas of the old masters paintings in oil. He is an award winning woodcarver, focusing on waterfowl, songbirds and birds of prey. Chris is a past employee of the Lorain County Metro Parks and a retiree from Republic Steel. He lives in Amherst Twp. and was married for over 50 years to his high school sweetheart, Barbara Glick, who passed in 2016. Chris has three children: daughter Debbie, sons Chris and Tony, and grandchildren Olivia and Gabriella