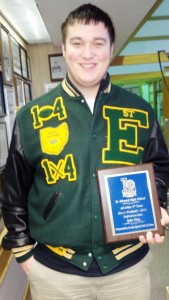 Tyler King is pictured with his plaque from the Sports Hall of Fame, which was presented to him at the LSHOF Museum in Lorain.

We’ll have a LSHOF display table set up at Lorain High School on Saturday, Jan. 18. If you’re there for the Lorain-Clearview game, stop by to say hi, and you can pick up an application to nominate someone for the 2015 class of inductees.
A special presentation also will be announced. More on that later. Hope to see you Saturday! 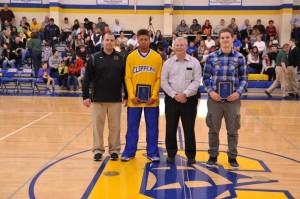